My friend Eugene from Sydney visited us two weeks ago. My best friend Tri and I took him out for dinner and wanted to show him around. He already did that during the day. I actually still think it is very funny if someone from another country really loves ours. Especially when it comes to Amsterdam. they do not know it and I understand that but I have never had it that I was in love with Amsterdam. Not even when I first visited when I was 17. 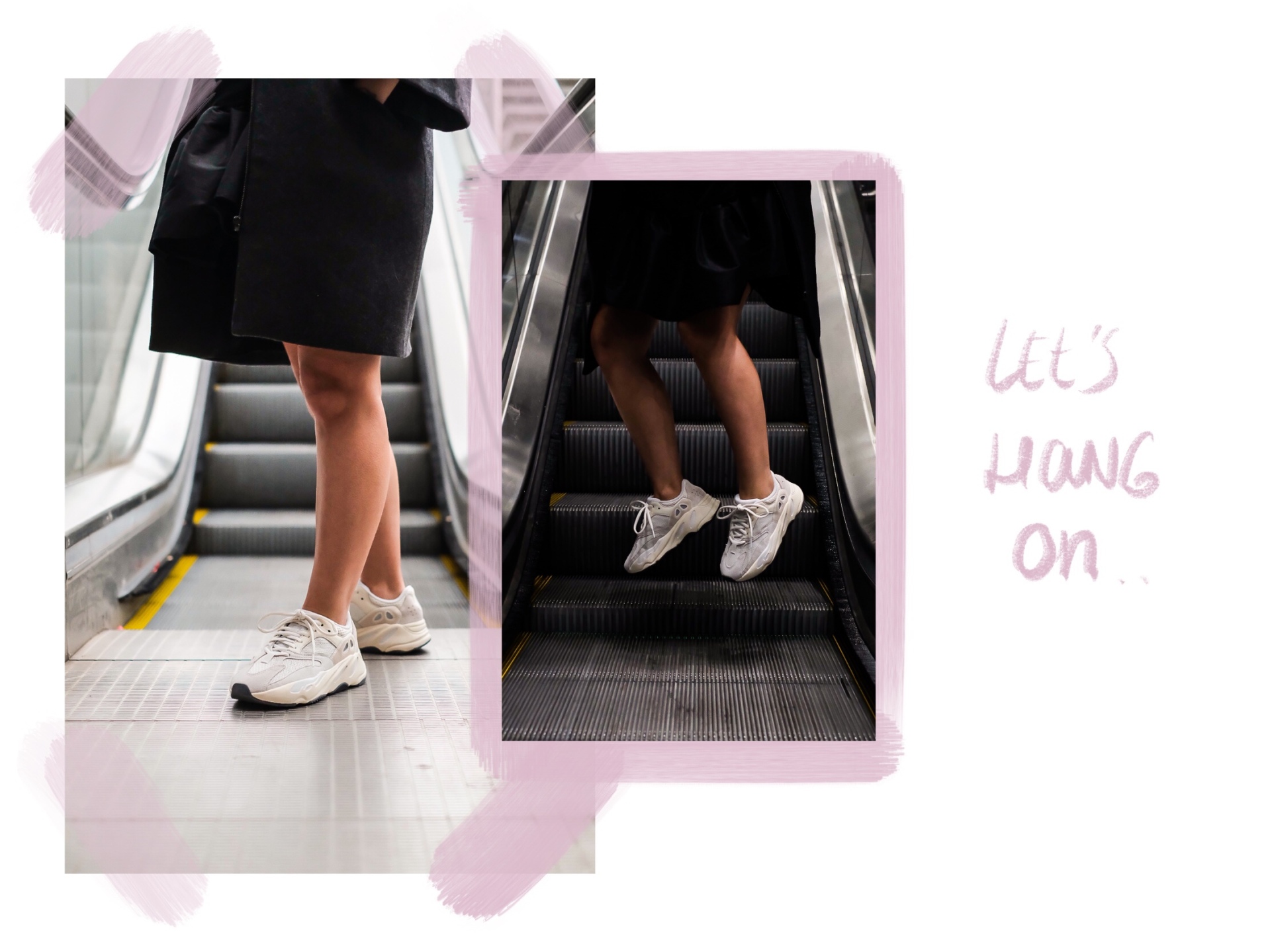 So this was also the case with Eugene. he had walked so many miles all day that after dinner, he thought it would be nice to just have a tea somewhere instead. What he did want were some shots of me and my new kicks, and I definitely wouldn’t say no to that. “can you do a classic careaux jump” 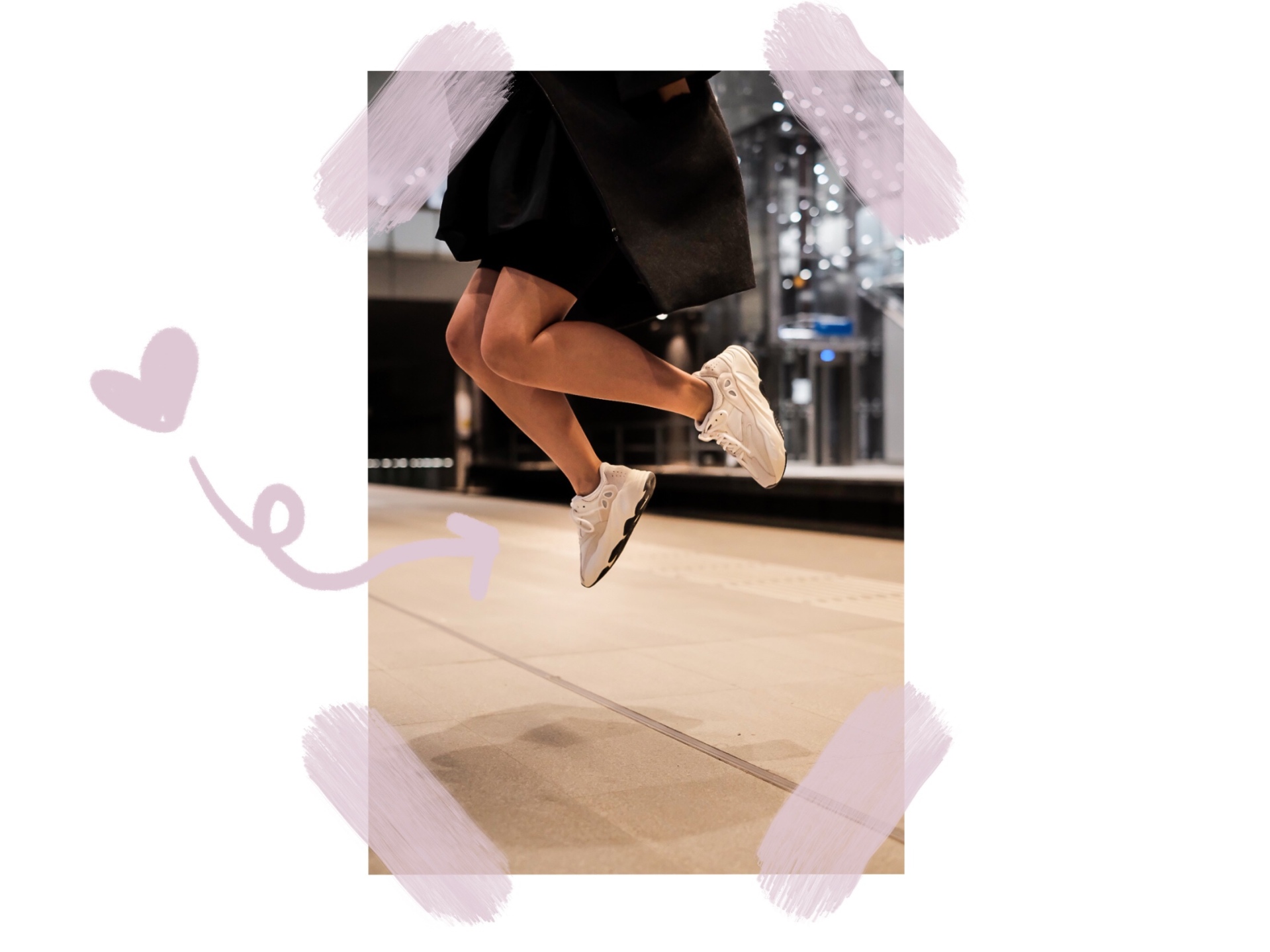 What do you think of them? I loved the 700 since they first day I saw them. The design is well-thought off. It actually feels like they wanted to put effort in it, this is something I appreciate. The first colorway wasn’t really my style and I kept waiting for something else, not knowing this “Analog” colour would be the one.

Pricewise? Mweh.. I don’t think anyone gets happy when they spend €300 on a sneaker, which is white and super fragile for dirt.. but is it worth it.. I don’t have an opinion. I think yes but my wallet says no. It’s a bit double. What I think that’s good: sell sneakers you never wear before buying a pair like this. It’s a win win!

Eventually when we left the cafe after a nice tea and a great catch up and chitty chat about the past 3 years that we hadn’t seen each other, we decided to take an Uber to the KAWS piece which is located randomly in a shopping mall in Amsterdam. No joke. I said I was going to touch it. And I did. And it’s not allowed. I’m such a bad asssssss.

Where to cop these kicks?
I think they are still available at some places. I got mine from MAHA. But if you want to be sure, StockX always has something. Check it out when you can!

Online Creative and Artist of CAREAUX. My name is Caroll Lynn and my artist name is CAREAUX. I'm a sneaker illustrator turned footwear designer. After a study of four years, I landed at Filling Pieces as their first Womens Footwear Designer. In 2016 and 2017 CAREAUX released her first collaboration with PUMA. Besides working for Filling Pieces and working with PUMA, I also worked on illustrations for Nike, Adidas, Lacoste, FILA, DIESEL. More of my previous work can be found via portfolio I illustrate everything I like myself and sell my favourites. Most of my work is made on canvas but I'm always open for discussions and requests. For collaborations, contact me via the contactform. My instagram is known for her sneakers and feminine style. The content created is focussed on fashion and art combined with traveling - #SHECOZY

This site uses Akismet to reduce spam. Learn how your comment data is processed.